A day in the life of a Sister of St. Benedict 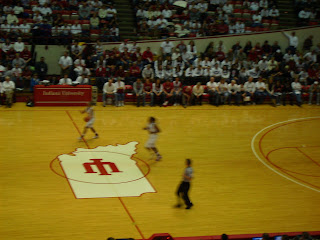 Believe it or not--sometimes life is CRAZY BUSY! Really! Sometimes we get so caught up in the doing that we forget the being! I have a poster in my office that says "God made Human Beings--not Human Doings! Be Still and Know that I am God! (Ps. 46:10)" I'll have to admit, I haven't been doing very well at living as a human being! Alright, alright, I'll just come out and say it: I'm a workaholic! But it's so hard not to be a workaholic! I mean, I LOVE the work that I do as the Director of Music Ministry at St. Paul's Catholic Center and Newman Center of Indiana University in Bloomington, Indiana! To see so many young people totally on fire for God is one of the most rewarding parts of my job! Praising God through music with so many wonderfully talented music students from one of the best schools of music in the midwest is a second rewarding part of my job! And working with three wonderful priests and an extremely supportive staff is the third! 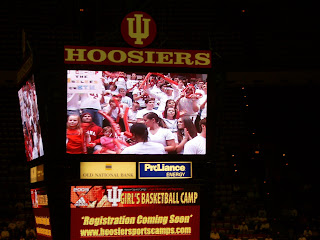 I'll admit and especially after six funerals in my parish this month alone (even though we are a university parish, we still have resident parishioners of all ages!), sometimes I forget that God wants us to PLAY and HAVE FUN too! Life's not all about work! It's about BALANCE! That was what I did this past week! In an effort to have more FUN, I left the laptop at the office, directed my phone calls to voicemail, and headed out with the sister I live with for an Indiana University-Purdue University Women's Basketball Game. Now, if you don't know about these two teams yet, they are each other's rivals! In every sport, the IU-Purdue game has the largest attendance and always has the most energy! 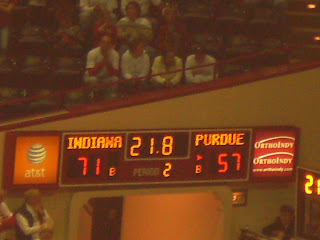 And energy there certainly was on Monday night! The IU Women beat Purdue Women 71-57 in the final minutes of the game! Throughout the game, there were a lot of IU fans, including myself, holding our breath! IU would score and Purdue would return the points! We yelled and cheered, gasped and shouted at the turnovers, the rebounds, the defense, and the missed free-throws. In the end, IU ended up on top and my housemate and I went home laughing and smiling! Towards the end of the game, we even got good at the IU cheers and school song!

It was a great game and a great night! Probably what was the most fun was being able to sit back, enjoy some time with my sister in community, and just BE. 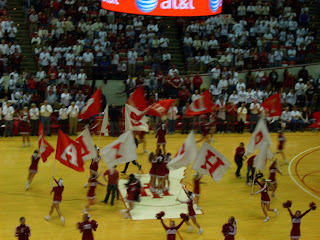 Posted by Sister Kim at 4:02 PM
Email ThisBlogThis!Share to TwitterShare to FacebookShare to Pinterest