Federation Chapter ‘Expands Our View of the Benedictine World’ 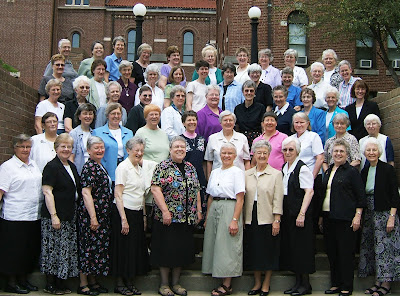 The 24th Chapter of the Federation of St. Gertrude (June 30 to July 6) brought 54 sisters to Ferdinand from 15 monasteries in the U.S. and Canada. The Chapter marked the beginning of the observance of the Federation’s 75th anniversary, which will take place in April 2012. Each monastery received a binder that included copies of historical documents and submissions from the member monasteries.

“One of the gifts of hosting the Federation Chapter was the opportunity for our community members to participate in parts of the Chapter,” said our prioress, Sister Kristine Anne Harpenau. They were able to attend some of the talks and receive some “food for thought.”

Sister Celeste Boda was one of the Ferdinand sisters who took advantage of the opportunity. She called it “invaluable” to be able to “interact with so many sisters from so many Benedictine houses. It expands our view of the Benedictine world. We see the gifts that each community brings. There’s different input from different perspectives. Large communities may see it one way, small communities may see it completely different. Yet we’re all speaking from a Benedictine framework.”

Sister Kristine Anne had a similar observation. “Realizing that in essence the Benedictine charism and life is the same, no matter where it’s lived, is really strengthening. There’s that sense that we’re not alone in this, that we are together on this journey.” 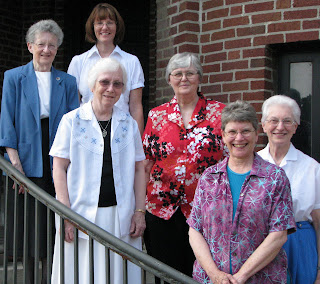 Top photo: Those attending the 2011 Chapter of the Federation of St. Gertrude gathered Sunday morning on the monastery steps for an “official” photo. 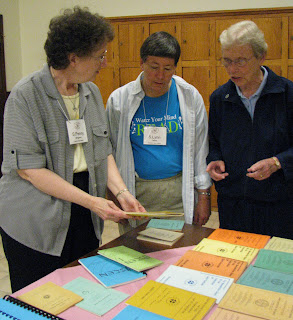